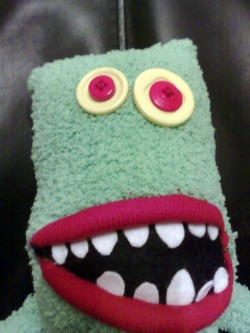 Grizwold has always dreamed of being a racing driver, but being to small to actually drive a car he had to come up with another way to get involved. One day whilst wandering around the paddocks looking at the cars Grizwold managed to get himself caught on the rear bumper of a Mighty Mini. The cars were called to the grid and off they went, the race was on. Grizwold thought to himself "hang on a minute I’ve got an idea" he pulled himself up onto the bumper and clung on for the entire race having the thrill of his life. And that’s how Grizwold started the extreme Sock Monster sport of race car surfing. 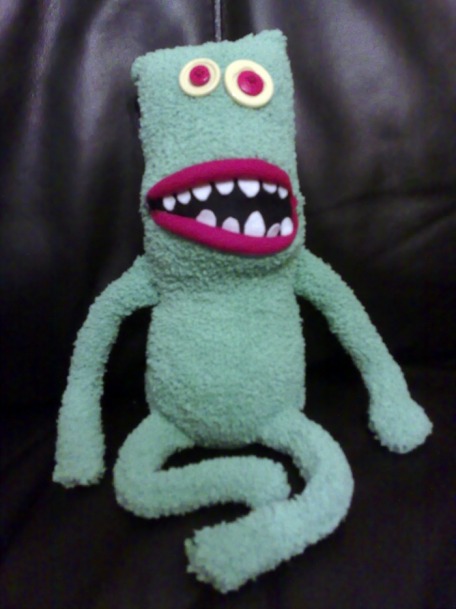 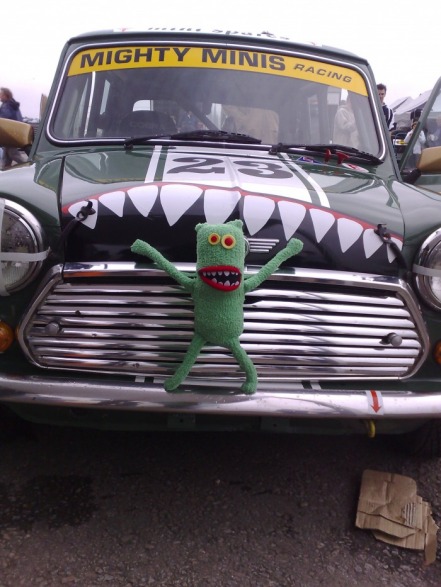 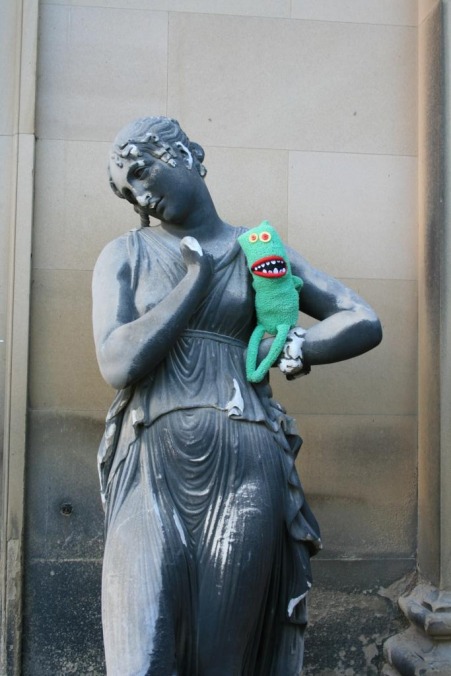 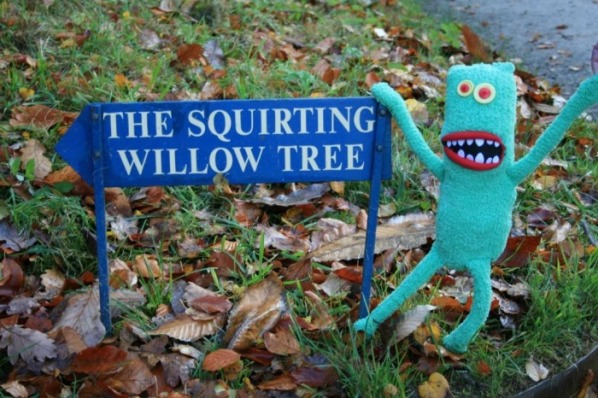 Resting by a tree after a hard days work. 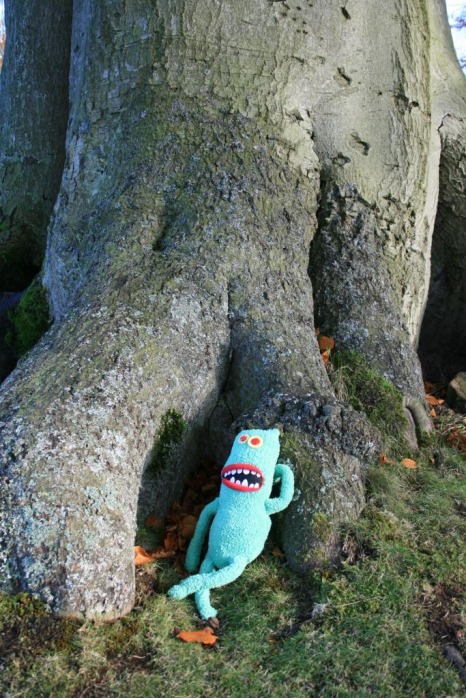 Grizwold showing off his new toy. 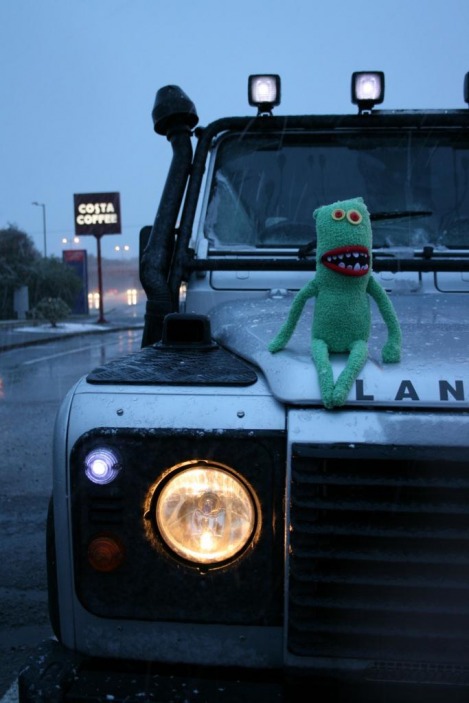 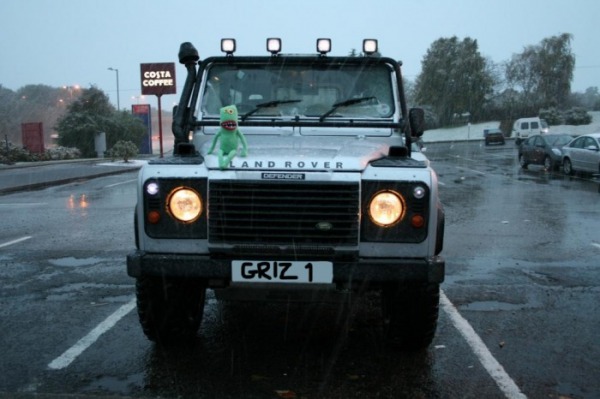