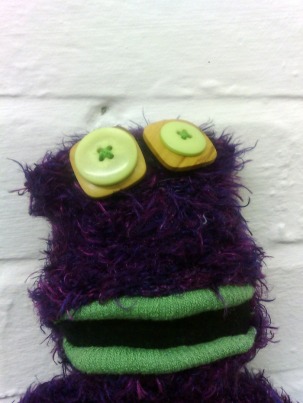 Howard was never liked that much by the other sock monsters and has always been a bit of a loner. One day whilst hiking in the mountains he stumbled across Boswell the giant’s lair. Boswell came bounding out and for some strange reason didn't eat Howard, instead he invited him to stay for a while and keep him company. He explained to Howard that he always ended up eating any sock monsters he came across because he found them so irresistibly tasty, but Howards purple fur really put him off.

They are now the best of friends, some even say Howard now also feeds on the flesh of young sock monsters, luring them back to Boswell’s lair and then devouring them with his best buddy, but these are only rumours nobody knows for sure. 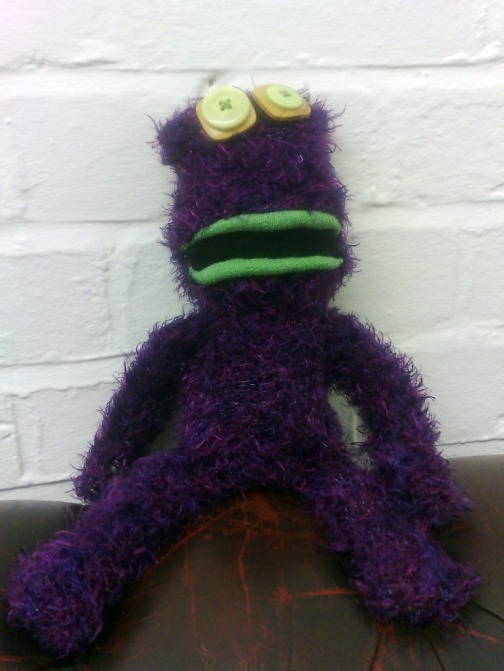 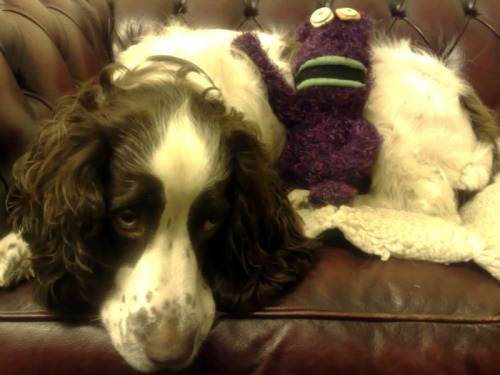 Boswell the giant and Howard relaxing after a large meal of unknown origin.